Google has released its Google Translate iPhone App. The app works on the principle of web app. It accepts the voice input and and translates it to one of more than 50 languages.

Speak for translation
The input voice is acceptable in 15 languages. For voice input, press the microphone con (just next to text box) and speak that you want to translate into. 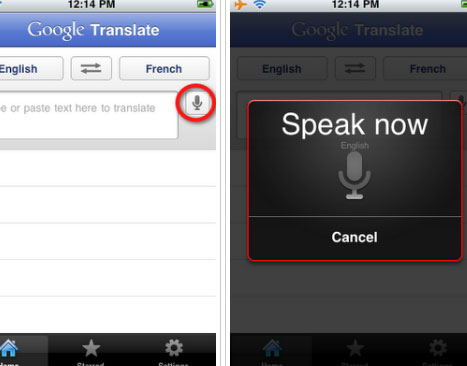 Full-screen mode
You can enlarge the translated text to full screen. In full-screen mode, it would be much easier for you to read the text or show the translation to any other person with whom you are communicating. Just tap on the zoom icon to quickly zoom in.

View Dictionary Results
You can view dictionary results for single words, access your starred translations and translation history even when offline and support romanized text like Pinyin and Romaji.

Google App for Translate requires iOS 3.0 or later. It is compatible with iPhone, iPad and iPod Touch and is available in all iOS supported languages.