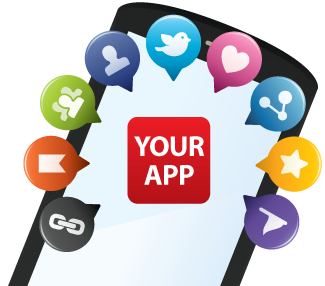 Android gained worldwide popularity in all technologies and among developers after its introduction. Android emerges as an operating system for mobile devices in late 2008. After its introduction as an operating system in market the process of application development started so rapidly because of its open source nature and it provided all the sources for third party developers. Now at present android is on the second number after iOS in market shares and it has gained much popularity as operating system in mobile devices.

Now there are almost 50,000 android apps are available in android market and the developing of new apps are in rapid process. The apps of android are mostly free of cost but for some apps you have to pay a small amount due to their beautiful and expensive features but they provide apps at much economical rate. The apps developing rate of android is much higher than iOS. Android apps are not only being produced by Google developers but they are also being produced by third party developers because android provides an open source operating system and due to this functionality android is getting much fame than iOS and gaining more and more popularity day by day.

The basic reason of popularity of android is that android has developed apps related to all categories of life regarding medical sciences, mothers, education, Games etc. They have covered almost each and every category of life and with the help of these apps android users can take the full advantage of their android phone with these amazing apps as these apps provide help to them in their daily life. There are some business apps, some apps available for persons who used to be on jobs like Microsoft Office apps and various other apps which may help them in doing their work activities.

Android has developed the education apps like Math Lite, Kids numbers etc to boost up their education skills and in order to help parents to groom up their children learning activities by giving them tasks of solving various mathematical question on phones, various puzzles etc. Other than education there are various apps available for business categories like business and finance, commercial real estate, business travel etc.

Streaming movies online has become one of the easiest and most popular ways to watch films. LOVEFiLM offer an app to smart phone users to control their account and an app to tablet users to watch movies. If you are interested in joining a movie service then why not check out Now tv to compare the two.