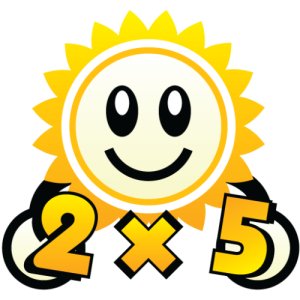 Kids are the sensitive and innocent flowers of the society.  They need funny and attractive things for their playing and enjoyment. They mostly used to play indoor games on computers, play stations etc. As we know that these days there is a revolution of android phones and every person is using it due to its beautiful and amazing apps. Android has also developed beautiful apps for kids by keeping in mind their sensitivity and mental capability. They have developed these apps which will help them in building up their minds creativity along with enjoyment. There are various puzzle type apps which are very much helpful in increasing the intelligence of children.

This app is very much helpful in learning the alphabets and letters. This app is developed for the children who have started their schools recently. So with the help of this app they can learn the alphabets along with its use.

This beautiful gaming app is basically is a puzzle game in which children have to build up various English words by combining various alphabets. This app will be helpful in building up the vocabulary of children.

This app is best to teach children about solar system. This 3D app used to track the movement of sun, moon and stars as they move in the space. It also shows that where the sun will set or from where it will rise.

This app is best and beautiful source of enjoyment and learning as well. With the help of this app children got to know about painting techniques and especially finger painting which is not an easy task for everyone.

This is a gaming app which is developed for the kids who like to pay hockey. So with the help of this app they can understand the techniques to play hockey by playing it on their android phones at their homes or any where they like.

This is also somewhat gaming like app in which there are different mathematical questions which children have to solve on their android phone while playing. This app is helpful in building arithmetic skills among children.

This is gaming app which is very much famous among all gaming apps. With the help of this app children can boost up their time management for every task while performing their tasks on time during playing game.

With the help of this app children learn that how to spell and say the names of various beautiful shapes of flash cards. There is an audio, animation and light up features available which increases interests of learning of children.