People like buying and using smart phones because it can let them do many things at once. It lets them be very productive or as less productive as they want with all the available apps and programs.Users of android phones have many options for the apps that they can use.  But many Android users also want to have customization so they decide to root their phones and have control over their operating system. Rooting is when people put override their previous manufacture set programs and place in a one that they can use to their own advantage. When they decide to do this however, there is a need to back up data from the apps. Especially since many of these apps store many important information.

It’s easy to back up data and memory but not so much memory from apps. Sometimes, when something happens to the operating system, memory from the apps disappears. This means scores from say Angry Birds may be wiped out and you would have to throw those little birds again to get the good scores. 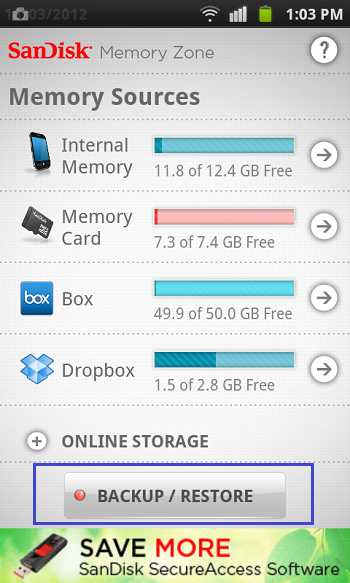 So how is it exactly possible to back up app memory on Android ?

There are programs now available that have been developed to back up app memory and to recover the data.

What you need first is an Android device 4.0 or higher, a USB cable and most importantly download the Helium App Sync and Back program from the Google Play store.

So now that you have what you need, here is what to do.

If you want to restore memory from your back ups, you can do so by copying folders from the Helium program stored in the desktop computer into an SD Card. From the SD Card, it can then be transferred to the smart phone.

The good thing about the backup program is that it can make scheduled backups. This will only happen if the Android smart phone is connected to the desktop computer.

A premium version of the Helium program is also available. With the premium version, data and memory can be stored on the cloud so it can be easier to backup and restore.

There are other programs that have the ability to backup and restore app memory of Android smart phones. Its best to read reviews and message boards to determine what the best program for you is.

What is important is that there are programs available so next time something happens to you smart phone, your Angry Birds score will still be the same.