Today’s most addictive games available on smartphone are all about simplicity. Developers are constantly trying to build games that are catchy, addictive and interesting, yet easy to play even with one hand. Busy individuals don’t have time to enjoy complex experiences, but they still want to kill some time on their way to work. That being said, here’s a fabulous list with some of the best Android games one can play with a single hand.

Temple Run was one of the most downloaded mobile games of all times when it was released back in 2011. Its sequel, Temple Run II is exactly what you need if you can only spare one hand. Featuring incredibly dynamic graphics, sleek environments and plenty of running action, this endless runner will get you to your destination so much faster. All you have to do is slide your phone and use a finger to make your character jump to collect coins and avoid traps. 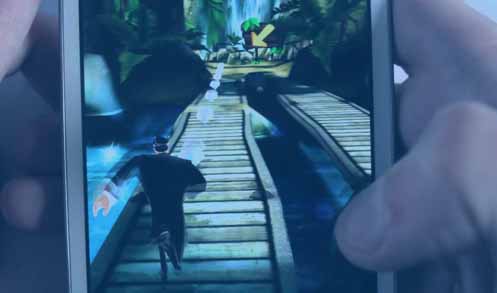 Another super fun endless runner is Agent Dash. You’re an agent dressed in a tuxedo that must run from enemies and destroy everything that comes in his way. Featuring numerous characters to choose from and plenty of power-ups, Agent Dash highlights impressive visuals and refreshing graphics that will keep your hand occupied for hours. 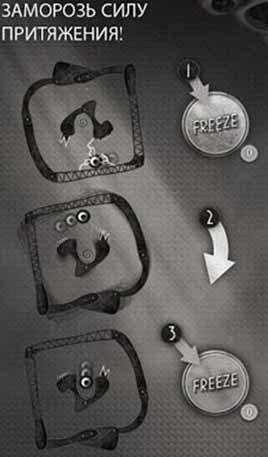 Freeze is a puzzle-type of Android game for your smart device. It features a protagonist that looks just like an eyeball, and you’re supposed to lead it in a special spot by rotating each level’s frame. Here’s the catch: there will be multiple in-game obstacles you’ll have to surpass, and you can do that by “freezing” the frame. As you advance in the game, the difficulty level increases thus making the whole experience a lot more challenging. 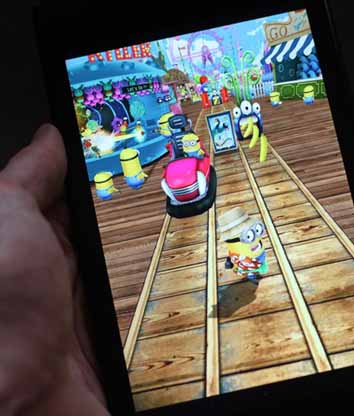 ‘Despicable Me’ was a blockbuster movie, so it was only natural for the developers to make a game out of it, too. The minions got worldwide recognition, and we must admit that they really made our lives sweeter. With all that in mind, the Despicable Me Android game is all about a minion that collects treats (bananas) and tokens to advance on to the next level. Jump as high as you can and battle with the villains, as this endless runner is free to play and incredibly addictive.

If you haven’t played ‘Cut the Rope’ before, now it’s perfect time to have it on your smartphone. Meet OmNom, a cute little monster that loves candy. In this ‘Time Travel’ sequel, the candies elude and it’s your job to rescue them to feed sweet OmNom. You need one finger to swipe the rope, yet the physics-based puzzler is not that simple to complete. Are you ready to face challenges and start your quest all over again?

This Facebook game doesn’t need an introduction. Now that it’s available on Android too, you just have to download the game (free) and link it to your Facebook account. Build blocks of similar candies, make as many points as possible, and think strategically as your moves are limited. 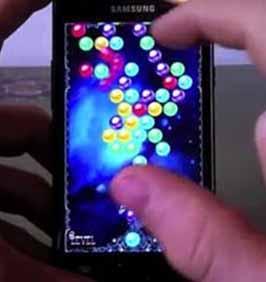 This Android game is probably one of best ways to kill time while on the subway. The color-matching shooter is easy to play, yet challenging to beat. Match 3 or more bubbles by tapping the screen; make sure you’re aiming right otherwise unmatched bubbles will pile up and when the screen is full, you lose. The deluxe version comes with two additional game modes – Arcade and Puzzle mode. Shoot Bubble is definitely a game you want to have on your smartphone in case life gets too boring.