Twitter has updated its app designed for iPhone and iPad. The update makes the current version of the app to 3.3.2. The update is an important in the sense that it provides usability to both the cameras of iPad2. The update is not meant for older iPads or iPhone 4. But iPad2 users can update their Twitter app to the latest version and enjoy both the cameras. They can use their both cameras for Photo-Video capturing. You can take pictures or make videos easily from this Twitter app update and can share the same with all of your friends. 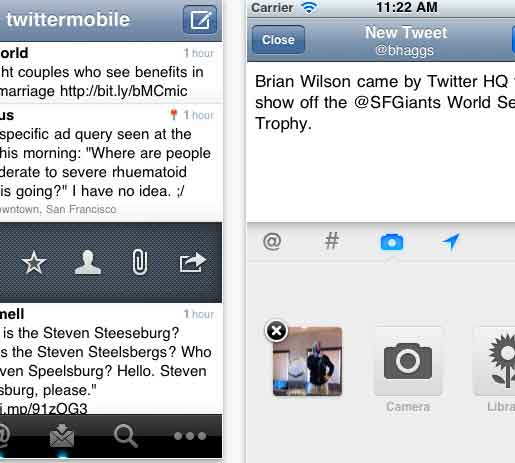 But an issue that we can say with this functionality of this update is that this feature is exclusively only for iPad2 users. So, if you want to enjoy this proud feature, you need to have an iPad2. Obviously, we can assume that this will increase the sale of iPad2 as this is the only iDevice that has this support.

Apart from this Dual-camera support, the version 3.3.2 also fixes some of the bugs in previous versions. One of the bugs used to pop-up the compass while monitoring change in location, this has also been disabled.