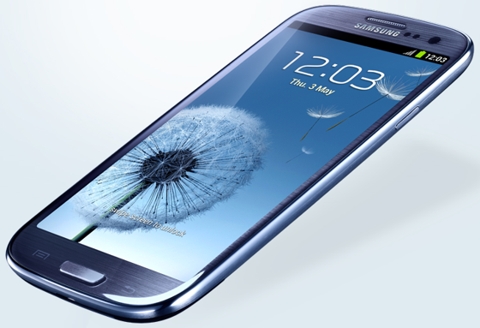 This report was issued by SamMobile in which they have mentioned that Samsung is at the verge of releasing Android 4.1 update for its beloved Samsung Galaxy SIII. The internal testing of the version is complete and the version is now ready for the users. It is just waiting for the approval from the Google Team and you will hear for the new update quite soon.

Samsung Galaxy SIII has a large display, zippy dual core processor, 4G LTE or HSPA+ support, 2GB of RAM and a very huge internal memory. It is the nicest plastic phone ever produced. Above the screen, there are light sensors, LED and a front facing camera of 1.9 megapixels. Below the screen, there is a physical home button present that Samsung would love to put in the smartphones. It has 4.8 inches super AMOLED display that has a resolution of 1280 x 720. The display is quite impressive. If someone has used this smartphone, he/she will know what I am talking about.

The company is still struggling for the Android update on Samsung Galaxy SIII and Galaxy Note. Samsung really wants to see its SIII customers to use Android 4.1 update.

The most popular version of Android is still Android 2.3 Gingerbread that was updated in December 2011. Android 4.1 version adds triple buffering in the graphics pipeline. The touch has been synchronized wit vsync timing. Shortly, the touch response is uniform and most reactive. CPU boost is applied to the next touch event so that no latency occurs. New tool has been designed for Android 4.1known as systrace that takes data directly from the Linux Kernel and produces the whole picture of all activities of the system. There’s a bi-directional and other languages support. Apps will now be able to display larger notifications that the users can expand or collapse by just using swipe or pinch by their fingers. In addition to it, you can create your own notification style, too. App widgets are resizable and there is many more in the update that you’ll see when you use it for the first time.

I know many Samsung Galaxy SIII users are excited to get their hands on this update ASAP but here, I would like to remind you again that there is no official statement out yet on when this update will be available. Let’s just hope for the good.