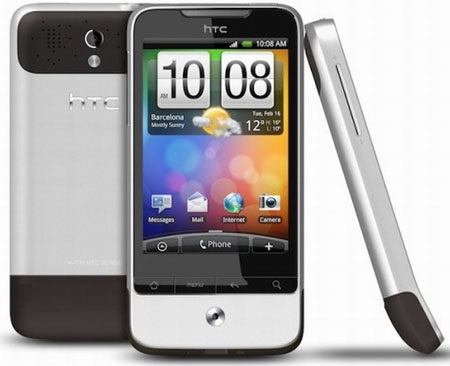 HTC is quite optimistic that  Android and Windows platforms can prove to be lethal weapons  to boost HTC’s  growth. It seems HTC is thinking on long terms for better future prospects. It wants to utilize the positive aspects of both Android and  Windows platform. HTC inclination towards Windows is mainly due to its smart design and the excellent services, it provides for Wireless. On the other Android is another preference of HTC.

The reason being the Taiwan unit of the HTC is merely earning through the Google Inc Android Software. However the latest issue is that  Apple Inc, who are the manufacturers of iPhone and Samsung Electronics are giving a tough competition to Android. It would not be wrong to say that Apple Inc and Samsung Electronics are the arch rivals of Android.

HTC will also have to fight a brave competitive battle with companies, that manufacture smart phones like Nokia Oyj and Samsung. However it seems that HTC Windows device is well equipped to counter this battle. HTC’s intentions are quite clear, they want a progressive growth in both Windows and Android. HTC, however has one reason to worry and that is the Android phones that have been released this year by HTC, have received applaud from analysts. When it comes to sales, it has not been so admirable. There has been a decline in the sale of Android phones in the second quarter of the year, informs HTC. A further decline is suspected in the sales of Android phones. HTC has a smart plan up its sleeve to counter this issue. They are planning a smart marketing strategy. A strategy, that will  take the market by storm. They plan to use advertising  and online marketing as lethal tools to boost the sales of Android phones. The goal is to stop the decline in the sales of Android phones. Turn the  decline into a profitable venture is the game plan of HTC.

It seems that HTC has a positive approach and they are not planning to give up on their efforts. If these marketing strategies work out well, it is hoped that Android phone sale is bound to bounce back again. After all great strategies generally never fail. HTC marketing strategy has to be executed to the level of excellence , otherwise things might not go the way they have thought. However only time can predict the future results. We can just hope for the best for HTC.