The Android app Hill Climb Racing from Fingersoft is quite famous amongst the Android users these days due to the extremely well crafted game scenario and nice gaming graphics.

The game as it’s name tells is a racing app that provides fun for players. However contrary to the name, there are other levels in which the players may play such as the Highway, Moon, Mars, Countryside, Desert, Arctic, Cave, Alien planet, Arctic cave, Forest and then comes the mountain level too.

The vehicles available include jeep, motocross bike, monster truck, quad bike, race car, super diesel 4×4, rally car, tank, snow mobile & a truck. Different vehicles have different costs. Initially only the jeep is provided to play by using which one proceeds in the game playing in the Countryside level.

However as the game moves further the player earns cash by performing various stunts and collecting coins. Collecting the coins is quite a slow way to earn money. A better method is to perform back roll and air time jumps in which the credits increase exponentially and provide in fact the best opportunity to earn money.

The countryside level and the jeep is not a good combination to earn cash. The player realizes this with time due to the reasons of the jeep highly lacking the agility to perform stunts and the countryside not providing enough opportunities for performing air time and back roll features.

Every vehicle and every stage has its set price only after paying which the player gets access to it. As the game proceeds, the cash requirements increase with the top stage and the top vehicle costing as high as a million dollars. Also available are the various modifications for each vehicle which also come at a fixed price whose price also experiences an exponentially increasing trend while proceeding forward and the top modifications in each category cost something close to a hundred and fifty thousand dollars.

The motocross bike is the most agile vehicle in the entire game which provides ease in performing various stunts. The air time increases manifold when using the bike and the player’s cash can be seen to increase by quite a huge magnitude.

Due to less gravity present on the moon, its combination with the motocross bike provides a fabulous combination for those who know the tricks of the trade. Players have been found increasing their cash even up to two hundred thousand dollars per level with this combination of vehicle and stage.

For the players who don’t want to collect coins while proceeding further in the game, an option for purchasing game credit cash money is available for which various rates have been pre set. Such players can buy their desired items instantly and proceed quickly towards the future levels.

Currently on the number 55 of the ‘top free’ category of the android apps and with a  total of 546,411 downloads, still maintain an average rating of 4.7/5.0 this game surely has carved its niche in the apps market.

Updates to the game also become available on the Google Play Store from time to time. 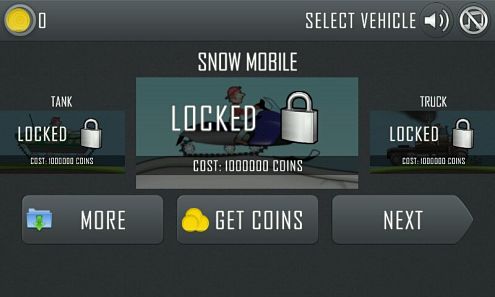 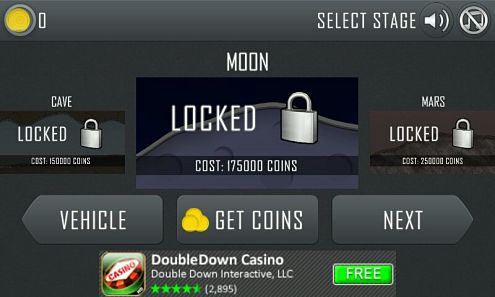 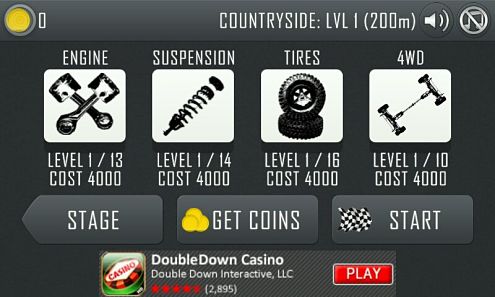 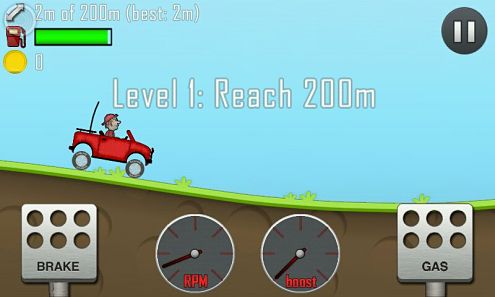