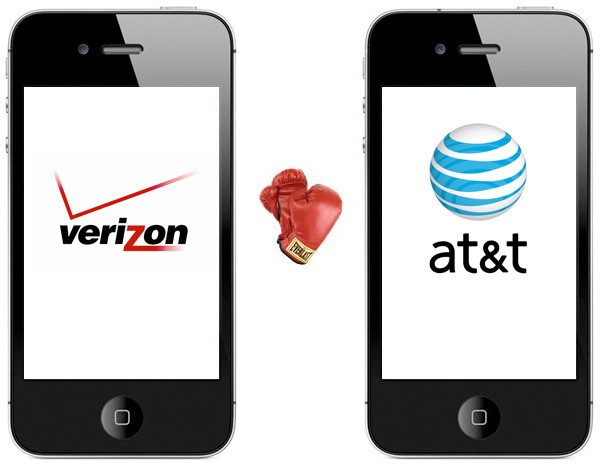 Well, I have heard it and I want to let you know about it. There was a report, not very old, that AT&T employees are being instructed to push customers to buy Android phones over iPhone. Why is that so? There may be many reasons that forced AT&T and Verizon to take this step.

Someone working at AT&T has told that the company is giving more commission for selling Android phones than iPhones.

After the death of Steve Jobs, Apple added a few more features and released the iPhone 4S. There’s another reason and that is when you are at iPhone’s home screen, you will find out that each icon is almost similar to another thereby making it hard for the user to find the desired application. Another reason can be that Android has a vast range of application and used by many cellphone producing companies whereas the iPhone apps are not that very much in numbers.

All these reasons are worth mentioning here and as far as these two companies are concerned, I think they want to get their customers more efficient and demanding apps. I am neither an Android fan nor Apple fan but these are some of the facts that I mentioned above and they cannot be denied.

Jeff Stern wrote a letter to Verizon in which he mentioned that Verizon is making it look like that Apple is not the Mobile competitor anymore.

As the market of iPhone seems to be going down, the company has to take some valuable steps. It is not only Jeff Stern but there are many people talking about the iPhone like that. iPhone brought a revolution in the cellphone technology and the market going down like this has made me worried.

AT&T and Verizon are one of the two largest companies dealing with Android phones and iPhones now a day. If I didn’t mention it before, this is a rumor about AT&T and what Jeff Stern wrote to Verizon, was not a rumor.

Apple needs to take some serious steps regarding the marketing of their smartphones. The company needs to introduce some really revolutionary smartphone very soon in the market.

How much of this news is based on facts, employees of AT&T and Verizon will better know. I will post more about it assoon as I get to here anything else.